How long do the real Christmas trees last? How can I make it last longer?

The cut real Christmas tree usually lasts nice and green for about four weeks. We recommend to put couple of spoons of sugar and a teaspoon of kitchen salt in the water - it will provide the tree with nutrients to stay fresh longer (all the way until Easter, how one of the real Christmas tree lovers claims!).

It also helps to shave off few millimeters of the bottom of the stomp ( See pictures bellow). The tree seals all the cuts with sap to prevent water vaporization, which also stops the water from coming in. If you  shave the stomp cut off, it lets more water get in the tree. 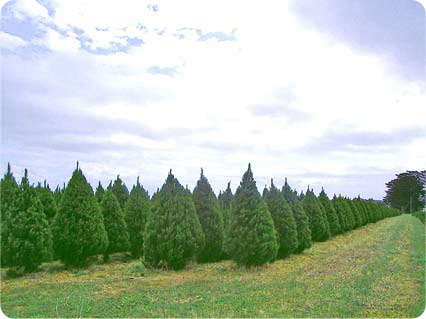 Natural Christmas trees are entirely biodegradable and are often reused by tree farms or local governments as woodchips or mulch. A common misunderstanding about real Christmas trees is that cutting one results in the loss of a tree. Christmas tree farms exist as long as people purchase real trees. Today, as fewer people are buying trees, many farms are going out of business and the land is being used for other purposes, sometimes for development. Moreover, natural Christmas trees are ethical in the way that the Christmas tree production employs local people, supporting the local economy. Live trees are typically grown as a crop and replanted in rotation after cutting, often providing suitable habitat for wildlife.

Real trees are used only for a short time, but can be recycled and used as mulch or used to prevent erosion. Real trees are carbon-neutral, they emit no more carbon dioxide by being cut down and disposed of than they absorb while growing. An independent Life Cycle Assessment (LCA) study, conducted by a firm of experts in sustainable development, states that a natural tree will generate 3.1 kg of greenhouse gases whereas the artificial tree will produce 8.1 kg per year. Some people use potted trees, so they plant it later to help ease the CO2 levels, making it the greenest choice. Farmed trees are considered by many environmentalists better for the environment. David Suzuki is quoted as saying, "I would give a lump of coal to someone who buys an artificial Christmas tree this year." Considerig above mentioned quotation, what tree are you getting this Christmas? :)

History of putting up a Christmas tree

Historically, there has been opposition to the custom of the Christmas tree because of its pagan origins. In 1851, parishioners in Cleveland, Ohio, USA condemned as a pagan practice the actions of the pastor, Henry Schwan, for decorating one of the earliest Christmas trees in an American Christian church. Robert Chambers in his 1832 Book of Days asserts that the festivities of Christmas "originally derived from the Roman Saturnalia, had afterwards been intermingled with the ceremonies observed by the British Druids at the period of winter-solstice, and at a subsequent period became incorporated with the grim mythology of the ancient Saxons. Two popular observances belonging to Christmas are more especially derived from the worship of our pagan ancestors—the hanging up of the mistletoe and the burning of the Yule log." Regarding the Christmas tree itself, Chambers assumes that it "seems to be a very ancient custom in Germany, and is probably a remnant of the splendid and fanciful pageants of the Middle Ages."

Other traditions relating to Christmas that may derive from Germanic pagan practices include the Christmas ham, Yule Goat, stuffing stockings, elements of Santa Claus and his nocturnal ride through the sky, and elements of Alpine folklore.

There are also some accounts that place the earliest Christmas trees in Riga or in the Baltic (variously Estonia or Latvia), in both countries that the merchants of the Brotherhood of Black Heads guild have wrote papers about carrying trees to the city center, but with no mention what kind of tree did they talk about, in German bom doesn't necessarily mean a Christmas tree. In Tallinn the first document mentions such trees already in 144.

While the Christmas tree's pagan roots are generally accepted, there still are various legends of Christian origins for the tradition. Such legends often relate to Saint Boniface. Such as: Boniface, in the process of converting local pagans, cuts down Thor's Oak, a hallowed tree for the locals, and claims a fir tree growing in the Oak's roots to be a new symbol Jesus Christ for the converted locals. Additionally, several Christian historians have asserted Christian origins of holiday traditions such as the Christmas tree. Francis Weisler argued that Christmas trees are "completely Christian in origin" and that "the Yule tree had no direct pagan connotation..."

Origin of the Christmas tree tradition

The custom of erecting a Christmas tree can be traced to 16th century Germany, though neither an inventor nor a single town can be identified as the sole origin for the tradition. The earliest that a pine tree was ever used and decorated for Christmas was in 1521 in Germany (in the region of Alsace). From this singular point in time, we see the rapid spread of this tradition throughout Germany and eventually the world. "It was not until the beginning of the nineteenth century, however, that it spread rapidly and grew into a general German custom, which was soon accepted also by the Slavic people of Eastern Europe..." In the Cathedral of Strasbourg in 1539, the church record mentions the erection of a Christmas tree. In that period, the guilds started erecting Christmas trees in front of their guildhalls: Ingeborg Weber-Kellermann (Marburg professor of European ethnology) found a Bremen guild chronicle of 1570 which reports how a small fir was decorated with apples, nuts, dates, pretzels and paper flowers, and erected in the guild-house, for the benefit of the guild members' children, who collected the dainties on Christmas Day. Another early reference is from Basel, where the tailor apprentices carried around town a tree decorated with apples and cheese in 1597. 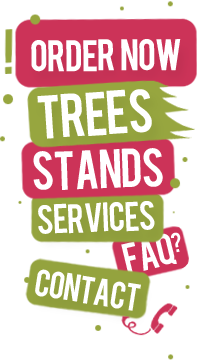